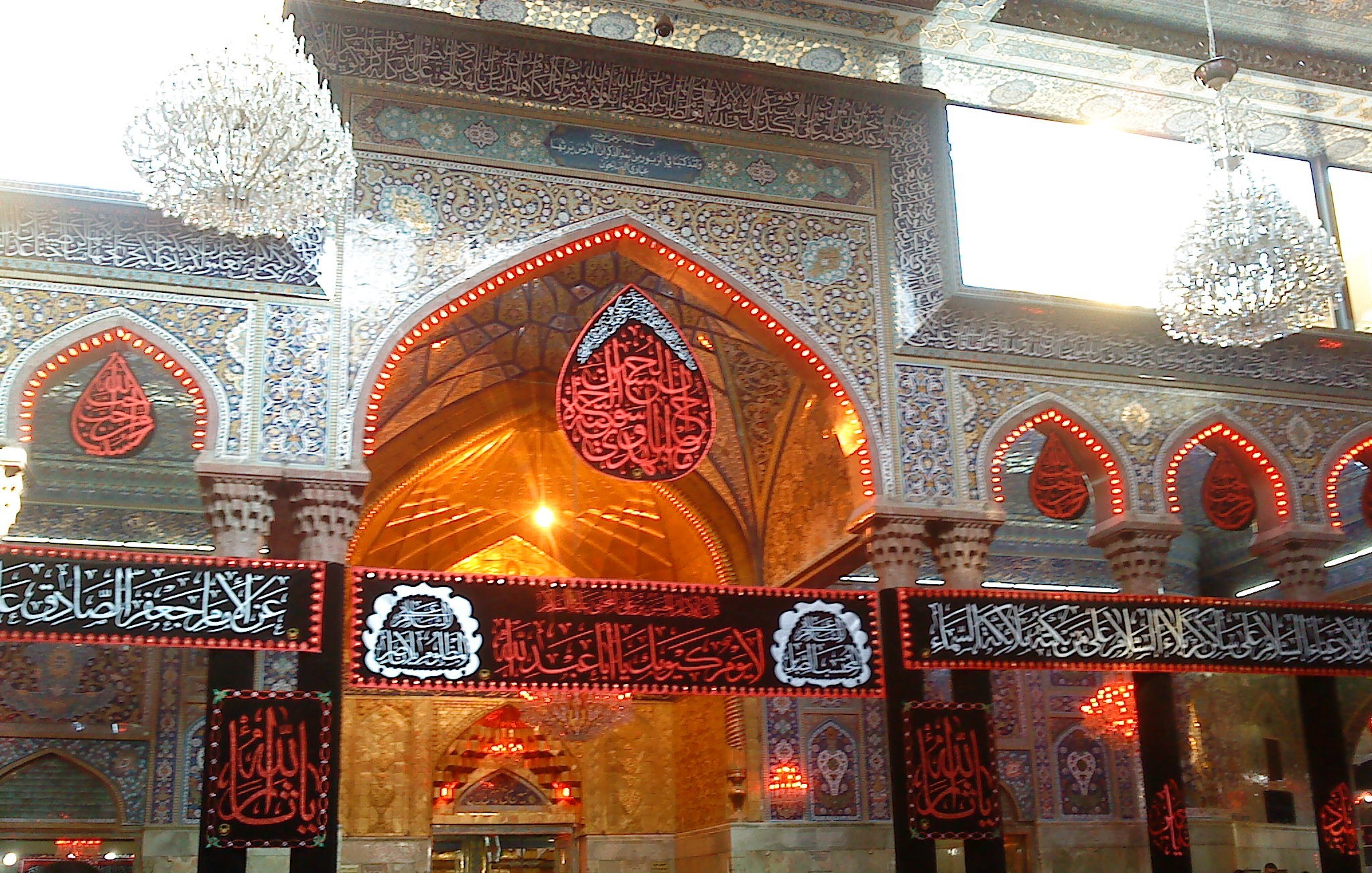 Martyrdom of Hazrat Imam Hussain: Imam Hussain (a) came to the battlefield and faced the enemy alone. Addressing the Yazidi army, he identified himself: “I am the son of Ali: in honor this enough for me. My grandfather was the prophet, the best of the past. We are the light of Allah that always shines.

My mother Fatima (s) was the chaste daughter of Ahmed. Among us is the Book of Allah. Among us are guidance and revelation.”
Omar Saad’s soldiers didn’t care and continued to attack him.

The Imam showed immense courage and attacked the enemy ranks in response, killing many people with each attack. Imam Hussain (a), who had suffered so much, was now so fierce in the battle that the Yazeedi army began to flee for their life. They tried to stop him from using other tactics.

They hastened to attack the camp where the ladies of the holy house were. Imam Hussain (a) said to them, “O disciples of the house of Abu Sufyan, you decided to kill me. The women did nothing wrong so stop your abusers from attacking my family as long as I live.”

Imam Hussain (a) neglected his sword. Omar Saad’s soldiers, who had fled, have now returned and surrounded the imam. He was thrown
HORSE. When he fell, his nephew, Abdullah ibn Hasan (a), a little boy, rushed out of the tents and came to him.

He raised his hands to protect the imam and shouted, “Are you going to kill my uncle? The boy’s hand was cut off. Imam Hussain (a) kissed him:
“O my nephew, be patient about what happens to you for Allah will soon bring you to meet your pious ancestors.

Then Imam Hussain (a) was attacked from right and left. The archers covered him with arrows, and the cavalry and infantry attacked him from each page. His sister Bibi Zainab (s) came to the tent’s door and shouted “O Umar Saad, there is no Muslim among you?”

So Bibi Zainab (s) said “Abu Abdillah is killed but you stand there and watch.” Nope cared for.
The Imam’s attention remained constant towards the Almighty. Imam Hussain’s (a) last dua was on his lips when he looked up to the sky:

“O Allah your status is sublime your power is great. You are near the one calling you. Do you remember those who remember you? I seek your help and I trust you. O Help for whom there is no help. O Awakening of the dead Judge between them and me For You are the best of all judges”

Imam put his face to the ground and whispered:

“In the name of Allah,
with the help of Allah,
in the way of Allah and by the creed of the Messenger of Allah.

Imam Hussain (a), soul at peace, is “nafs mutmainna” (89:28)
returns to his Lord satisfied and Pleasant.

The riderless horse returned to the tent by the imam. The ladies arrived horse and saw that the saddle was broken, and the horse’s body had arrows always inside.

Bibi Sakina (s) exclaimed: “O my dad’s horse,
where is my father?”

Bibi Zainab(s) looked at his brother at the door of the Khaima (tent), but when it unable to see him anymore she went to a Hillock, and cried “Hussain, my brother, Where are you?”
“Return Zainab.” said the imam. She turned around.

The Imam saw it was time for Asr’s prayers so he started her name. Umar ibn Saad called Shimr, very cruel and wicked and said:
“Go cut off Hussain’s head!”

Shimr came forward with a sword in it her hand. He didn’t even wait for Imam to complete his namaz.

Imam Hussain (a) was not allowed to perform his sajda. The cruel cursed Shimr of the Yazeedi army bowed pull down and cut off the holy head of the Imam and mounted him on a spear. His saddle and his body were plundered and trampled under the horses’ hooves.

The evil army of Omar Saad set fire to the tents. Darkness spread, the earth shook and there was lamentation in the air. The angels wept and the sky wept. The sky cried blood.

A voice was heard calling:
“Hussain was killed in Karbala Qatalal Hussain bi Karbala!”
The fourth imam said, “Raise the curtain on the door. He pointed to the head of his father raised on the throw and say
“Salam on you, ya Ababdullah Hussain.”

Full Name: Syed Muhammad Imran This individual is a highly skilled and experienced web designer and developer, with a strong background in search engine optimization (SEO). They are an entrepreneur with a proven track record of success in the industry, having founded and grown several successful web design and development…

The Month of Rajab and it’s Aamal

7 Killer websites that will reveal Thousands of Free resources

Top 10 Best Medical School in the United State of America

Advice for a Young Muslim 30 Points

Please disable Adblock for this site.